The Royal Parks Half Marathon has a very special place in my racing calendar. I first ran this splendid event in 2016 as a 1:45 pacer, and was fortunate enough to obtain a ballot place in 2017. I was pretty unwell last year, but vowed to complete the race, doing so in a pretty disappointing time of 1:39. As a result, I really felt that I had unfinished business with this race. As luck would have it, I managed to obtain yet another ballot place for 2018! I had a rough start to the year, but managed to get things under control and got my running back to some normality by July, running a 5k in sub-18 and 10k in sub-38 later in the summer. Longer distances were/are still not up to scratch, and although my race times for shorter distances are back to normal, my legs aren’t feeling great running past 12k. I knew a PB was not on the cards (<1:23) so decided that I would go out and run at <1:30 pace and see how long the legs could hold-up for.

END_OF_DOCUMENT_TOKEN_TO_BE_REPLACED

I’ve run the Pride 10k for the past 2 years now, and it’s a firm favourite in my calendar. The run is organised by London Frontrunners, and takes place in Victoria Park every (mid) August. With a fast and flat course, it is definitely a PB course for most. I had a simple aim of getting a sub-40, as it hasn’t been the best year for races or times for me, having pulled out of a few races as well as getting a disappointing time (42:00) at the Vitality 10k. I alighted at Hackney Wick Station around 10:20am, feeling slightly stretched for time with the race due to commence at 11:00am, and as a late entrant, still had to collect my race pack.

END_OF_DOCUMENT_TOKEN_TO_BE_REPLACED

I was slightly apprehensive about running the Vitality London 10,000 this year. I haven’t done any races since Royal Parks last October, and training has been sub-optimal this year, having only run ~560k so far. This is no humble bragging- fellow runners will agree that this is indeed low mileage! I took the 8:12 train from Woodford where I met Stuart Barton, and we picked-up a few other ELR runners en-route. We arrived in Green Park just after 9am, and Jamie Xavier also met us here (in club colours!) for a group photo before we all parted ways as we were in different waves. I also met Ilia here briefly, a fellow Strava friend from Edmonton Running Club. I then made my way over to the entrance of the blue wave and saw Mat Jiggins here, too. 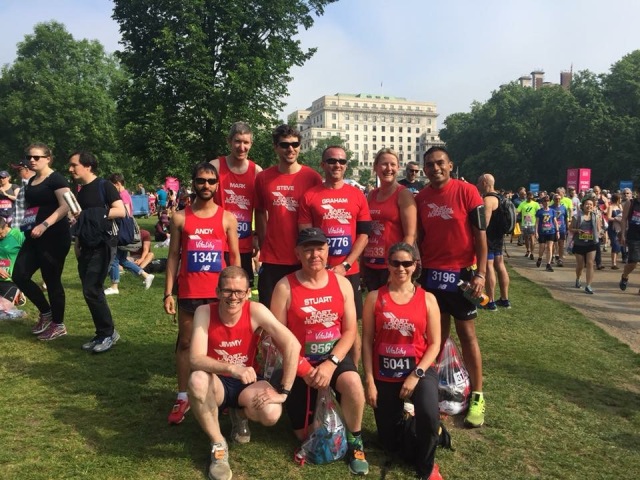 END_OF_DOCUMENT_TOKEN_TO_BE_REPLACED

After pacing the Royal Parks Half Marathon last year in 2016, I was absolutely delighted to obtain a ballot place for this year’s event. This was the first time that I had been successful in securing a place to run, and having paced it last year, knew how electric the atmosphere is. This is probably the second best race for crowd support in London (if not the UK), after the London Marathon, in my experience. This was one of my A-list events for 2017, and I was really looking forward to it. My goal back when I first found out I had a place was to be race-ready for a PB, so anything better than 1:23:14. Unfortunately, I had a minor ulcerative colitis flare which started in July. Things were manageable, and I completed Ride London and a couple of smaller road races in August. Things got progressively worse, and I just managed to do the London Duathlon in September. After this (although probably not related to any events), the colitis got very much out of hand. Being in and out of hospital over the past few weeks and on 40mg of prednisolone, it has been a testing time. I was in hospital just last Sunday (1st October), and based on my symptoms and disease severity, convinced that running Royal Parks in just 7 days would be nigh impossible.

END_OF_DOCUMENT_TOKEN_TO_BE_REPLACED

The London Duathlon has now become one of my firm favourite events, and a highlight of the year. I love running. I love cycling. Combing the two disciplines is simply an amazing experience. I managed to get a free place for this year’s event, after achieving a PB last year. It has been a very troubling few weeks for me (health-wise), and right up until race morning, I was debating on whether I should even do the event. I absolutely hate mentioning this, but it is a huge reality and affects my performance full circle. But I firmly believe that how we perform under duress is what truly defines us. Philosophy and reasoning aside, how did this year go?

END_OF_DOCUMENT_TOKEN_TO_BE_REPLACED

This is a very long overdue race report of the Bupa Great Birmingham Run from October 2014. For various reasons, I did not get around to writing a formal write-up of this event. I have thought about this event, somewhat critically, for a long while. I believe the reason I did not write a race report for this event was due to a somewhat bitter taste left in my mouth, reasons for which will become apparent as you read on. It is a race in which I, arguably, was at the peak of my running ability, ran the strongest and learned a lot about myself. Before I continue much further, I should add that 2014 was the year in which I began to run seriously. A few weeks before (5 to be precise) I had only just managed to break a sub-40 10k, and was absolutely elevated. I had no idea that within just 4 weeks, I would achieve a half-marathon PB of 1:23:39. This was a week before this race at the Oxford Half. Feeling stronger than ever, I was super excited about Birmingham.

END_OF_DOCUMENT_TOKEN_TO_BE_REPLACED

I first ran the Pride 10k last year. It is an event organised by London Front Runners, held every August. The race takes place in Victoria Park, and has become somewhat of a regular in my running diary, and I have already pencilled in the date for 2018. 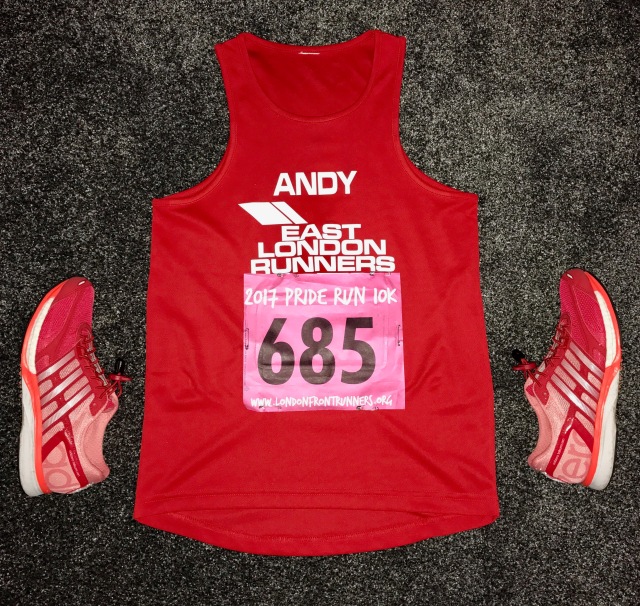 END_OF_DOCUMENT_TOKEN_TO_BE_REPLACED

After yet again being unsuccessful in the Prudential RideLondon-Surrey 100 ballot, I was fortunate enough to secure a charity place with Crohn’s and Colitis UK. I was (and still am!) already raising money for this charity, which is very close to my heart, by running 2017km in 2017. You can read more about this on my just giving page here https://www.justgiving.com/fundraising/Andy-Kumar?utm_source=Facebook&utm_medium=fundraisingpage&utm_content=Andy-Kumar&utm_campaign=pfp-share. I approached them and asked if I may ride with their team on a charity place as I was already fundraising, to which they kindly agreed. So dismay was turned into happiness, and so began my journey! 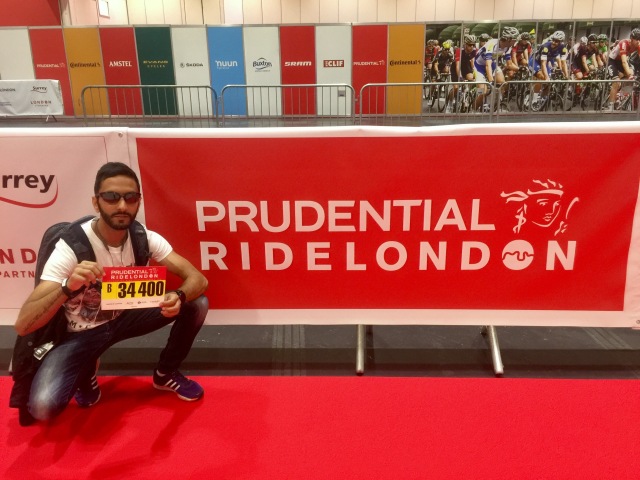 END_OF_DOCUMENT_TOKEN_TO_BE_REPLACED

I have been running ‘properly’ for over 3 years now. By properly, I mean being regular and consistent, having never done a zero mile week. I have been procrastinating to go to a Parkrun for a long time now, but finally made my debut last Saturday (3rd June 2017). To give you an idea of how long I have been putting off a Parkrun, I registered on the Parkrun website on the 1st of November 2014! For those who may not already know, Parkruns are held every Saturday in local parks across the country. They are ‘timed 5k runs’ in a friendly and supportive environment. Anyone is welcome to run, from children to seniors. it is important to stress that they are not considered to be a race! It is simply you against the clock.

END_OF_DOCUMENT_TOKEN_TO_BE_REPLACED

Finally home after a thoroughly enjoyable day. Having just run my 6th London 10,000 (the first in 2012), I can still say that this is one of the best 10km road races I have ever done. So how did things unfold today? Well, it all started with meeting Stuart ‘Stupot’ Barton (and family) at Woodford station. The plan was to take the 8:07 train, and pick-up ELR runners at stations en-route to Green Park. Quite a few familiar faces made an appearance on the carriage, and we arrived well in-time for our infamous ELR group picture. Wonder if this will make the paper!? Let’s hope our Maya Goodwin approves!