I really enjoyed the Great Newham London Run last year. It was the first time I ran it, and the epic finish in the Queen Elizabeth Olympic Park Stadium was absolutely fantastic. I knew I would return in 2016. As I had been struggling with a gluteal injury, I waited until May to sign-up for the event. From experience, I was well aware that this was not a PB course, but still wanted to best my time from last year of 39:54. 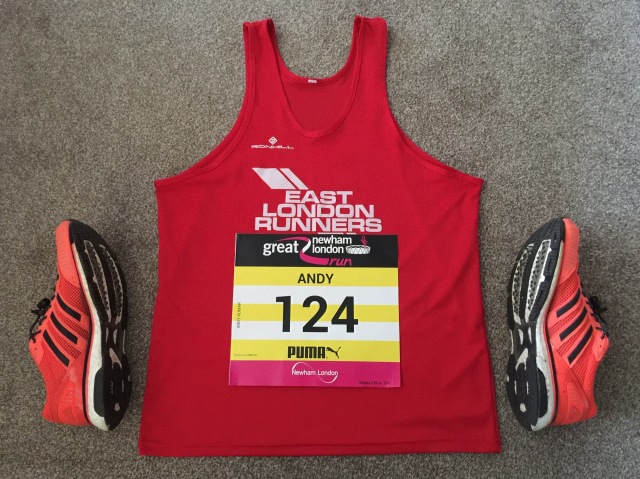 I got the 8:06 train from Chigwell with Sania, and saw Stuart Barton at Woodford, and we all got the train to Stratford. Westfield was absolutely filled with runners. I arrived at the start line in the Olympic Park where I met my friends Graham and Geri, along with baby Giles! I engaged in a brief warm-up with a few strides. The sun was out in full force by this time. I also caught-up with the ever-friendly Jamie Xavier, before making my way to the start line. The race was scheduled to start at 9:30, but unfortunately we were left waiting in the sun until 9:46, which was rather disappointing. I met-up with Arron Browne and Robert Wayworth in the start pen, too. It was also nice to finally meet Ilia Loubenski, a friend of mine from Strava. 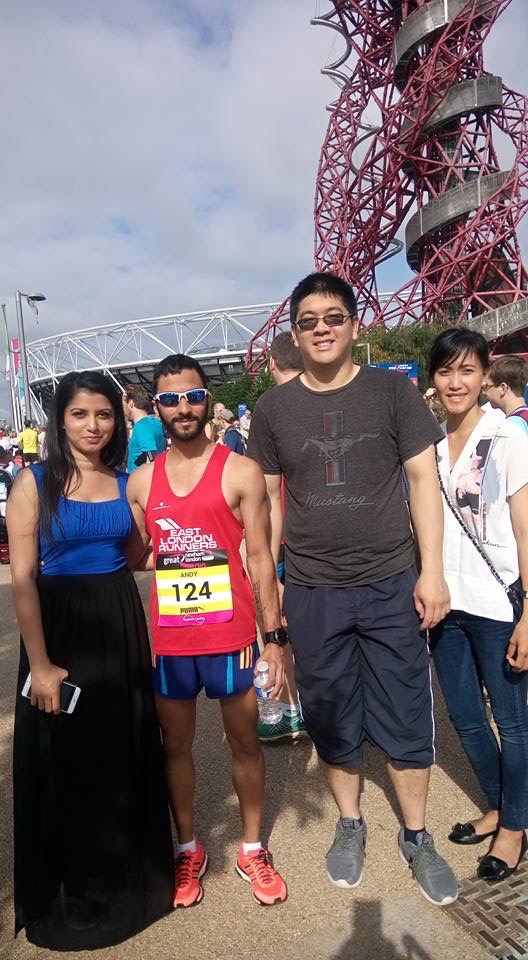 So once we were finally off, I ran with Arron for the first 3km. I felt very comfortable with the first kilometre done in 3:48, and second and third in 3:56. We reached the first water station at 3km, and I got some water from the side of the road, at which point I noticed Arron pushing slightly on. By the 5km mark, I was only just on track for a sub-40, and my watch GPS was little behind with the kilometre markers displayed on the course. I knew that I would probably be running just over 10km. The hilly undulations and sun really sapped my energy. We entered the road cycling track at the Velopark just before 6km, and it felt really great to be back running there. I have some fond memories of that place, both cycling and running.

We exited the track at just over the 7km mark, and were again on the road, now heading back toward the stadium. At this point I reevaluated my plan and made a new plan to get around the course in a sub-41, and took my foot off the gas. My splits were now coming in at just over 4 minutes/km, with kilometre 8-9 at a painfully slow 4:24. 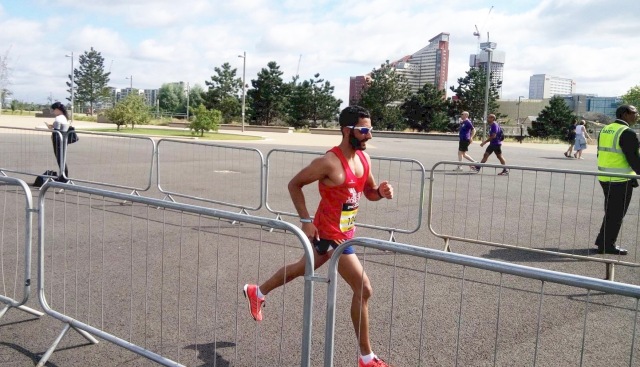 I felt a little more elated once I entered the side of the Olympic Stadium, where it was a lot cooler too. The chariots of fire music playing was also uplifting. We then made our way onto an outdoor athletics track (which I never knew existed!) and did ~300 metres on it before finally entering the Olympic Stadium. I heard the commentator say the following as we did. And I quote, “As we’ve heard from our top club runners, it is hot out on the course… but if the top 10k regular runners are finding it tough work, then I imagine that some of the more recreational runners and first timers will be finding it hard as well”. Now I don’t consider myself to be a “top” club runner (current PB for a 10k is 37:08), but am no way a recreational runner, either. It was somewhat reassuring to hear an acknowledgement that the run today was tough for everyone and I wasn’t facing this alone!

This was my slowest 10k race in almost 2 years, and it was disappointing not to be able to run it in under 40 minutes. The weather was hot, but in all honesty I felt tired and did not have a big enough shovel to dig deep enough. I did the Vitality 10k in May in 38:43, and a 5k race in June in 18:31, along with the City of London Mile in 5:06. So I know that physically I could have run todays course in a sub-40, but after the 5km mark, my mind was just not up for it.

I met-up with Ilia after the race (who finished just ahead of me in 40:30) and we walked out of the stadium and collected our goodie bags. There was a nice medal and tech Tee included, along with some edibles. The T-shirt was too big for me, unfortunately, which is a shame as it was very nice. I then saw Sania and Geri, before we met-up with Graham and went to cheer some runners on. We then headed to Westfield for some lunch where I had a burger and other munchies from Rib Shack. So all-in-all, a nice day, although a slightly disappointing run. I will be back next year for sure; not only because this is a great event, but because I feel that I have a score to settle with this course now! 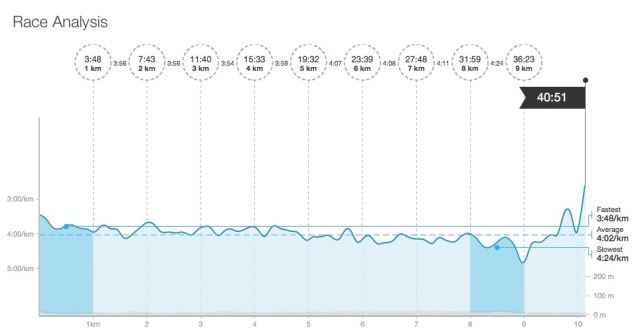