I have been cycling for less than a year, and in that short time, have taken a real passion to getting on the saddle. I had been struggling with a gluteal niggle from September (2015), which has now finally begun to resolve(!). This gave me the opportunity (over this time of less running) to focus my attention on riding. As many cyclists will agree, this can be an expensive addiction. I took delivery of my Canyon Endurace a couple of months ago, and was very impressed. Canyon truly do make some exceptional bikes. I have now just received the Canyon Ultimate CF SL 9.0 Aero. 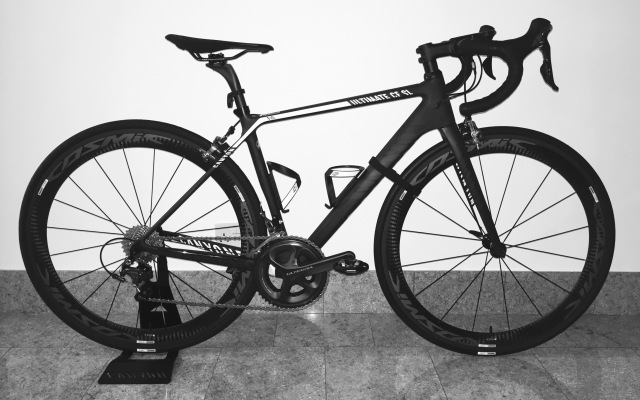 REASONS FOR PURCHASE
Okay, so I was in the market for a set of deep rim carbon clinchers. I am doing the London Duathlon in September again, and wanted some solid wheels which could help me smash out some PBs on the bike. After the usual research, the wheel-set that really stood out were the Mavic Cosmic Pro Carbone Exalhith. These retail for £1050 on Wiggle, after 12% platinum discount. I then saw the Ultimate CF SL 9.0 Aero, which had these wheels, as well as a full Ultegra groupset, Fizik Antares E5 saddle and Canyon V13 seat-post, all packaged with a CF Ultimate frame-set. The bike also comes (almost!) fully assembled with a bunch of Canyon goodies/accessories, so it made more sense to get a ready-made bike, whist forking out a little more, than to get the wheel-set alone or build my own bike.

A breakdown of this bike will show how cost-effective it is, using the cheapest available prices for each component.

The bike cost me just shy of £2400 (including shipping), so a saving of ~£350, had I purchased all components separately and decided to build the bike myself.

BIKE SPECIFICATIONS
Before continuing with this blog post, here are the specifications of the bike, as shown on the Canyon website.

DELIVERY/ASSEMBLY
From ordering to delivery, the bike took 13 days to arrive. This was for an “in stock” bike, so delivery times are still a little slow by Canyon. They stated that this was due to the brakes orientation that had to be changed for UK standards (right shifter controls front brake, whereas in Europe it controls the rear). Apparently, Canyon make all the bikes to Europe standards, and then change them over to UK orientation after they have been made. At least this is what a Canyon representative told me. I don’t see the logic behind this, but then again, I am not the CEO of a major bicycle company! But I digress. The bike shipped in Canyon’s ‘bike guard’ box again, and was very well packed, arriving intact. A point I’d like to mention here is that Canyon charge a mandatory £15 for the bike-guard box, and £33 for delivery. I do feel that shipping should be free after spending so much money on a bike, but one may argue the the bikes are already great value for money, and free shipping may drive the price of the bike up. Taking the bike out from the box for the first time and assembling it is always a magical experience, and I again recorded this unboxing. 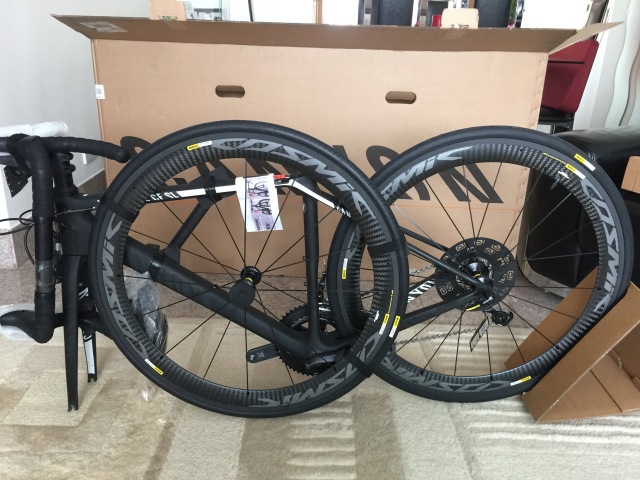 Once fully assembled, the Ultimate looks amazing! More so than the pictures. The geometry is semi-aggressive, sitting between the relaxed Endurance and aggressive Aeroad. I personally don’t feel the need for an all out racing bike like the Aeroad (yet!), and am confident that the Ultimate will be sufficient for my current Duathlon needs and sportives where I would like to test my speed. This model has mechanical shifting, and I was looking forward to note comparisons to the 105 5800 groups I have on my Orbea winter/commuting bike. As with the Endurace, the finish on the bike is top-notch, and you know that you have just purchased a very premium product.

ADDITIONAL ACCESSORIES
I have decided to keep my MTB SPD pedals on this bike as well, to ensure consistency with my other bikes and shoes. I also much prefer the double-sided clip-in, and ability to walk with the recessed cleat. As with my Endurace, I will be integrating the Garmin Varia set-up on this bike, too. As a result, I installed a 3/4 rear mount for the Varia vision on the rear, as well as a Garmin double mount for the Varia headlight and Edge 1000 on the front.

FIRST RIDE
I went out for my first ride on the Ultimate last weekend. From the get-go, the ride was smooth. The Ultimate was fast, responsive with gear changes, felt stiff and overall made for a very smooth ride. The Exalhith wheels had excellent roll, and I definitely noticed the enhanced braking power of the Exhalith breaking rims, which made a screeching noise when coming to a halt (which actually sounded pretty high-tech and awesome!). However, I am aware that this is a temporary breaking in phase of the rims. This is my first bike without a compact chain-set. Both my Orbea (105 5800) and Canyon Endurace (Ultegra Di2) have a compact chain-set (50/34) with a 11-32T cassette. This Ultimate contains a standard chain-set (52/34) and 11-28T cassette. I was aware of this before I got the bike, but noticed the difference when I reached some minor inclines, and was left wondering for a moment why I seemed to be slower than normal. I normally stay in the largest chainring on the front, and like to power my way up hills with low cadence/high power, as opposed to spinning with a higher cadence. I may need to review my riding style with the Ultimate. I also missed the smooth shifting of the Di2 at times, although the mechanical Ultegra was very smooth, and definitely a step above the 11-speed 105 5800 group-set that I have on my Orbea. 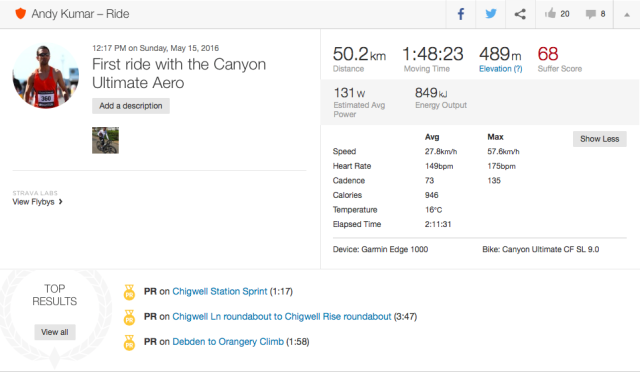 CONCLUSIONS
The Ultimate CF SL 9.0 Aero has definitely met my expectations as a fast and reliable bike. There is no denying that the main focus point of this particular bike is the Mavic Exalith wheel-set, and it is highly likely that in the future I may put these wheels on a dedicated racing frame with a more aggressive geometry, and have the option to add some aluminium rim wheels to the Ultimate and use this as a sportive bike. However, for now I am content with using the Ultimate as my go-to racing/duathlon bike. I would highly recommend this bike if you are already looking for some deep rim carbon wheels, and also need (want?) a very nice Canyon bike.