Starting out on a road bike, like many other first time cyclists, I was hesitant and reluctant to immediately move over to the clipless side. I am sure that many fellow road cyclists will read the title of this blog post, yawn and move on. But for me, the transition and journey to clipless pedals has been interesting and exciting, as well as the subject of a fair amount of contemplation and research.

When I first got a road bike back in June, going clipless was not even a consideration. I had read about the benefits of better peddling efficiency, feeling more connected with your bike, etc. And all the other common arguments that roadies throw at you. Looking around on forums, the concept of rocking flat pedals was ridiculed with mockery and the sign of being a rookie. I strongly disagree with that, and genuinely feel that there is no licence or test to pass to clarify oneself as a proficient cyclist. But I digress. So how and why did I make the transition?

Okay, so I initially used my trainers with flat pedals in the early days of my cycling journey. The soft base of the trainers felt a little uncomfortable due to the flexibility of the sole, so I was initially looking for some shoes with a more solid platform/sole. I stayed put with trainers for a few months, but my feet were getting pretty chilly during some colder rides, and wearing shoe covers with trainers/flat pedals is a definite no-go area, as the flats would grind the pulp put of any shoe covers (which are mostly made from material). I briefly took some time to research the benefits of clipless systems and debated between MTB SPD and road pedals, but remained indecisive.

To combat the misery of riding with trainers, I purchased the Vaude MTB shoes (non-clipless) on Amazon, but sizing was an issue and they did not feel very comfortable. During a black Friday deal on Wiggle, I then picked up the Spiuk MTB shoes which have a recessed cleat system. My intention at this stage was still to NOT use cleats, and just take advantage of the stiff sole of the Spiuks and use my flats. So I went out on a ride with them, but my feet were not staying firmly put on the pedals, requiring frequent adjustments. It was during this ride that I had a ‘cycling epiphany’, and for the first time actually wished that my feet were clipped in! I also noticed that as my candace increased, my feet were jumping a little with each pedal stroke.

That night (1st December) I came home and knew what I had to do. As I had been viewing clipless pedals in the past, I immediately knew where to look. I went online and checked out some MTB pedals on some cycling websites (which were compatible with my new shoes). I came across some double sided pedals, Shimano PDM-530 SPD pedals, which looked to be the best bet. These are double-sided pedals, meaning I won’t have to be overly concerned about orientation, and can easily clip-in/out. As I cycle-commute through heavy traffic, I also wanted the flexibility of being able to not be clipped in during slow/narrow passes, especially when I may need to stop suddenly. There is some flexibility with these pedals for that. As online reviews were overwhelmingly favourable and without hesitation, I ordered a pair from Halfords online with pick-up, purely as I couldn’t wait for delivery from an online retailer.

So picked them up from Loughton on the 6th of September. Putting them on my Orbea was really quick and easy, and I was keen to try them out on the road. I thought that it may be prudent to try them inside first on my turbo trainer, but didn’t hesitate to go outside instead. I had already set-up the cleats on my MTB shoes the day before, so was ready to go.

As I decided to opt for the multi-release cleats, I could have the freedom to unclip in a bilateral direction, as well as by forcing my foot in an upward direction away from the pedal. My feet were also staying in place, which was reassuring. Clipping in and out on the lowest setting was an easy affair, and I’ll leave it at a low setting for the time being. However, I am confident that I will be increasing the stiffness in due time once I gain further confidence. The learning curve was a lot quicker, and I am now looking forward to testing the new pedals out on a longer ride. 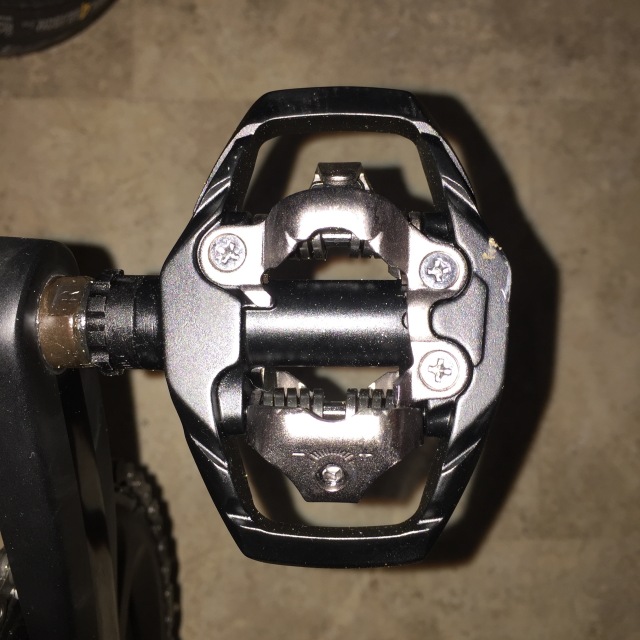 It actually was nice to finally be clipped in, and I felt pretty confident in the few short minutes I was outside. I will of course be practicing a little more before taking them out for a proper bike ride. The pedals themselves seem to be very well made and durable. They have a large surface area, which I think is perfect for my needs on a road bike. Being new to the clipless system, I have been told that having a ‘clipless’ moment’ or fall is somewhat of an inevitability. However, my motivation to NOT succumb to such an incident is absolute! There is also a slight weight reduction from my bulky DMR V8 pedals (which have served me well for the past 4 months), but a few odd grams here and there are negligible unless one is racing. 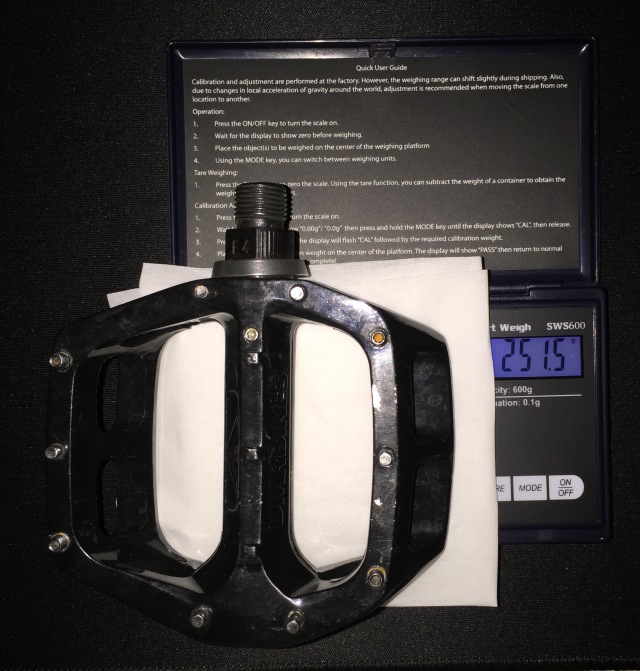 Conclusively, I am very happy that I went for MTB pedals over the 3-bolt road system, at least for now. I like the flexibility of walking in my biking shoes, and having a recessed cleat is a huge advantage for me, as well as the multi-directional release. On another note, it is actually quite surprising how much has changed with my bike and attitude toward cycling. I only got my first road bike on the 28th of July 2015, which is just under 19 weeks ago. I have already upgraded my entire groupset, moved over to clipless and become a regular commuter. My plans when getting into road biking were simply to supplement it with my running, but it has been a lot more enjoyable and addictive than I had envisioned. I feel that I am leading off the subject at hand here, but I’ll definitely be updating this blog post with how I get on with the clipless pedals.

6 thoughts on “My journey to clipless pedals (Shimano PDM-530)”