The Ealing Half Marathon has a fantastic reputation, being awarded the trophy of the best half in the UK for atmosphere. Living only a one and a half hour train journey away, I had to check it out! This was my second marathon in four weeks. Having achieved a personal best (PB) at the Richmond Running Festival, with 1:27:32, I was not hoping to gain another PB just a week later.

At the start line, I decided to start ahead of the sub 1:30 pacer, seeing if I could dip under 1:30 again. I was still unsure if last weeks result was a fluke or an accurate representation of my improved performance.

We began the race as scheduled at 9:30. I powered through and felt great at the start and fairly strong throughout. I never reached a point where I felt drained and even ran a little conservatively. I looked at my Nike+ GPS watch and saw that I had completed 10 miles in around 1 hour 7 minutes, well on target for another sub-1:30 performance. I usually pick up my pace after this point, which I did, and ran at a pace of around 4:15 per km. I then significantly upped my pace in the final kilometre and did a sprint finish. My chip time was 1:27:23, which I was pleased with as it was a hot day and a hilly route.

I ran more stronger than Richmond last week, and achieved another PB! This run really gave me the confidence that I could run sub-1:30 half marathons with ease. I also finished in 128th place out of 4285 finishers. I am running the Oxford Half in 2 weeks, and plan to run a little harder to see how much I can better my time. 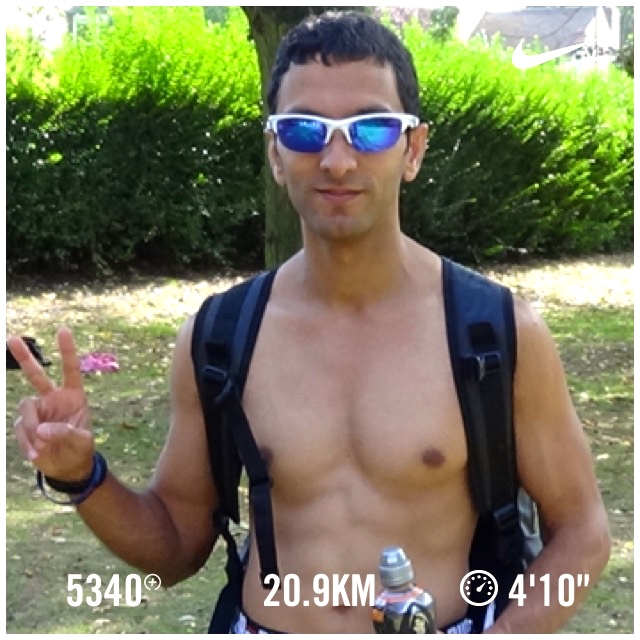