So today I ran the British 10k in London in the sweltering heat! Those of you in the UK will be aware that we have been going through a heatwave for the past few weeks, with temperatures reaching just over 31 degrees celsius. Arriving at Piccadilly Circus, I was guided by stewards to the baggage bays, a 5 minute walk away. Not bad, I thought. However, there is an additional 1.5 km walk just to get to the start. Not ideal, and given that there were a limited number of toilets before the race (with long queues), I was not particularly happy.

Okay, so finally reaching the start, there was a 15-20 minute delay before the race even began, meaning runners were standing in the heat waiting around. Not good. It was always apparent that runners were not sent in ‘waves’ past the start line, based on their finish times. Instead, it was more of a first-come-first-start process, meaning slower runners were at the front. This was very frustrating, as I found myself running the first 2-3 km on the pavement, dodging and weaving past slower runners. I am not a professional athlete myself (of course!), and was constantly cautious as I myself did not wish to obstruct faster runners behind me. I absolutely appreciate people running for noble causes, and even walking these events is fine. But it surely isn’t difficult to allow people to line-up according to their predicted finish times. Will be a lot smoother and safer! Realising I was only going to be as fast as the runners in front, and owing to the unfamiliar weather conditions, I decided to relax and take the run easy, absorbing the atmosphere and positivity of crowd support, finishing with a time of 51:26 (some 5 minutes slower than my PB!).

Coming to the finish, there was an additional walk back to the start to reclaim baggage and a medal. After paying £50, I was expecting a’goody bag’, which I have become used to from the Bupa 10k. But on a positive note, it was a fun challenge to run in the sunny weather and the atmosphere, and support were top-notch! Running through London past famous landmarks is also always a great buzz in itself.

All-in-all, a great run ruined by disorganised management and an overly complicated route. The British 10k could definitely learn a thing or two (or more) from how the Bupa 10k is structured. Would I run this event again? Probably not, especially if I put in a load of training and expect to achieve a PB. 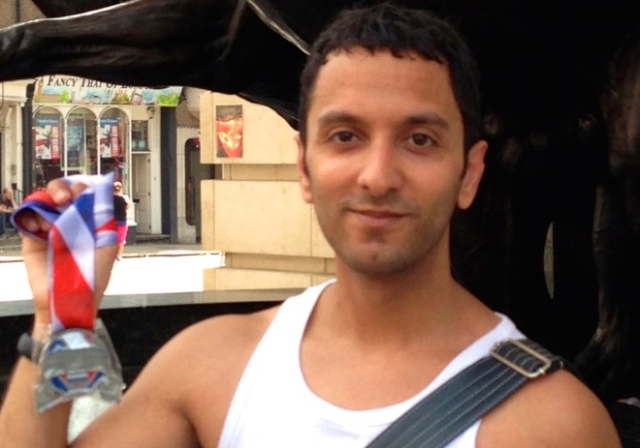